Price Prediction for HUH token: Is it a Fraud? 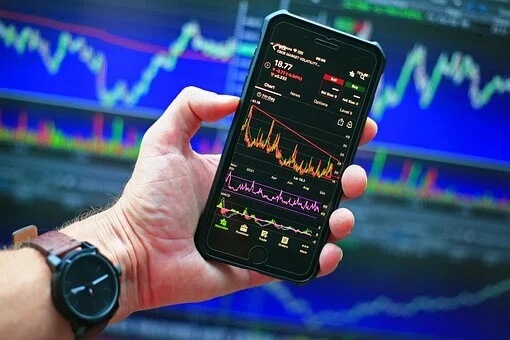 HUH Token lost more than 60% since 2022, amid claims that the project might be a fraud.

The HUH token was launched in December 2021. It is a great example of how social media can drive crypto prices up – as well as how fast prices can crash if investors suspect a fraud.

Although the token claims to be useful, the success of the coin’s rise in value is mostly due to robust social media strategies. The coin is more visible thanks to the help of a team of influencers, which in turn increases the number of investors. Pragya Nagra is a Bollywood actress and model. She promoted HUH to her 500,000 Instagram fans.

Recently, there have been a lot of complaints about the coin. Pre-sale investors claimed that they had not received their coins. Investors and commentators on many social media platforms, including Quora, have been suspicious of the launch price.

Rumors are circulating about the origins of cryptocurrency. A website that is extremely cheap and contains very little information regarding the coin makes it look like a scam.

Before we can look at the HUH prediction price, let’s first take a quick overview.

What is HUH Token?

HUH claims that it combines the power and utility of meme coins with the usability of utility coins.

What does the coin do?

Referring friends to HUH Token holders is rewarded. You can earn 10% in BNB (the native token of Binance Chain) if you have the coin.

According to the website, a 10% tax will be imposed on referral purchases when individuals buy HUH coins. All of this tax is used to pay the BNB referral bonus. On selling tokens, a 5% tax is charged. All proceeds go towards token distribution. A normal transaction that is not a referral transaction will have a 0% tax on purchases and a 10% tax on sales. All proceeds go towards token distribution.

According to the website, security audits have been conducted on crypto by Certik and Solidity.finance as well as Shellboxes.

Because of its sparsity, it is impossible to do a thorough examination of the coin.

Individuals have used social media to speculate about possible founders of the coin, even though no official announcements were made.

Reddit user Daniel K de Souza was suggested by a Reddit commentator. He is an electronics engineer and CEO at Krypto Unite. Reddit user another claimed to have traced commits from the huh_claim repository back to de Souza’s email address. This Github page was deleted.

Although there is no other source that links de Souza and the HUH coin there are many aghast investors, whose pre-sale investments almost vanished.

Let’s first look at the performance of the coin before we get into forecasts.

Since its December 2021 release, the coin has been in a downward trend.

In the last 30 days, the HUH token price dropped by more than 60% and 18% respectively. However, HUH has seen a 28% increase in the last seven days. This suggests that it could be making a partial recovery.

If the coin’s downward trend is not suspicious, it certainly indicates that investors are losing faith.

The diluted market capital of the coin is $23.12m. According to Coin Market Cap, there is an unknown amount of HUH coin circulation and a maximum supply limit of 888 billion.

What is rug pulling?

Reddit and Quora users have complained about not receiving HUH tokens, or getting tokens at 1,000x the amount they invested after they made pre-sale investments. One user claims that the whitepaper was amended at the time of launch to announce that pre-sale tokens will be vested until March. The user claimed that there was no mention of it before then.

Vesting is the act of locking up investments that are not yet for sale. These users are correct, however. How does this affect a HUH Token Price prediction?

Prediction of the price for HUH Token

When making predictions, it is important to remember that they are only a guideline for the direction of price movements. However, they should not be considered absolutes. Long-term forecasts can sometimes be inaccurate, so this is particularly important. This is due to the inherent volatility in the crypto market, as well as the many unknowns that could impact future prices.

Let’s take a look at some HUH Token prices predictions.

WalletInvestor believes that HUH token price prediction is pessimistic and that the coin should reach $0.00000760 within a year. Therefore, it does not recommend investing.

Gov. capital makes a similarly pessimistic prediction about the HUH Token’s price. believes that the coin could drop to zero within a year.

The HUH token is not the best cryptocurrency to invest in. It has extremely pessimistic forecasts, bad reviews, and a low price.

The Impact Of Cryptocurrency On Businesses

Dogecoin NFT: Everything You Need to Know

What Is a Bitcoin ATM?